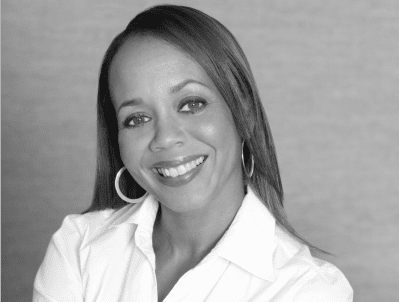 Lisa Brown Ross’s career spans radio and television reporting, public relations and public affairs consulting, motivational speaking and leadership development. She currently serves as Marketing and Development Director for Anthem Strong Families (ASF) a nonprofit organization with a mission to strengthen families. Lisa began her career as a radio reporter and freelanced for the Associated Press, National Public Radio, ABC Radio and Satellite News. She served for more than 12-years as a chief spokesperson for the Immigration and Naturalization Service in Houston, Texas and Washington, DC, and followed as Public Affairs Director for the Seattle Police Department.

By White House appointment, she served on the strategic planning team for the Economic Summit of Industrialized Nations where she managed more than 2,000 international media organizations and designed a process to document minority-owned participation in the Summit’s hiring process. Dr. Dorothy Height, President Emeritus of the National Council of Negro Women, Inc. (NCNW) requested Lisa to serve as executive producer for the organization’s 50th Anniversary television show. She served for a year under Dr. Height’s tutelage and represented the organization in Zimbabwe, South Africa writing resolutions for African Heads-of-State.

In 2004, she founded the LJR Group, Inc. a public affairs and public relations consulting agency. The organization was responsible for providing all communications assets for the USAID’s educational efforts on the continent of Africa. Before founding the LJR Group, Inc. she served as Leadership Programs Director for the Robert Wood Johnson Foundation’s Urban Health Initiative. During her tenure she managed the Fellows Program and led the board and staff in strategic deliberations to institute policy and systems changes on behalf of children in Baltimore, Philadelphia, Detroit, Oakland and Richmond, Virginia.

She serves in the prayer ministry at Oak Cliff Bible Fellowship and is a frequent contributing writer for the Christian online publication, ibelieve.com. She has also served as a guest editor for Society Life Magazine and Theater Jones magazines. She is a member of Alpha Kappa Alpha Sorority, Inc., Mid Cities Chapter of the Links, Inc., and served on the policy committee for the Dallas Chapter of the National Alzheimer’s Association and Irving Arts Center’s Advisory Grant Review Panel. She is the author of Red, Beans, Rice and Chopstix Too; Sapphires and Satin Beauty of Black Soul; and The MAAFA; A Commemoration of the Transatlantic Slave Trade. Recently she was asked to perform at the Dramatist Guild’s National Conference’ premier of the nationally-acclaimed, The Monologue Project, held in New York City.